Did you know that sea turtles return to the same spot every year to nest and lay eggs? This reason makes it very important to protect their breeding grounds. Unfortunately, this was not the case on Maafaru island located in the Noonu Atoll in the Maldives where an airstrip has been built on top of a historically popular nesting site. A pregnant sea turtle returned to this site and ended up laying her eggs on the new tarmac.

As per the report in the Edition, a local news outlet, the pregnant sea turtle was sighted giving birth on the newly-built airstrip. The land it is built on is a historical nesting site. It’s possible she confused the warm tarmac with the sand she was accustomed to. 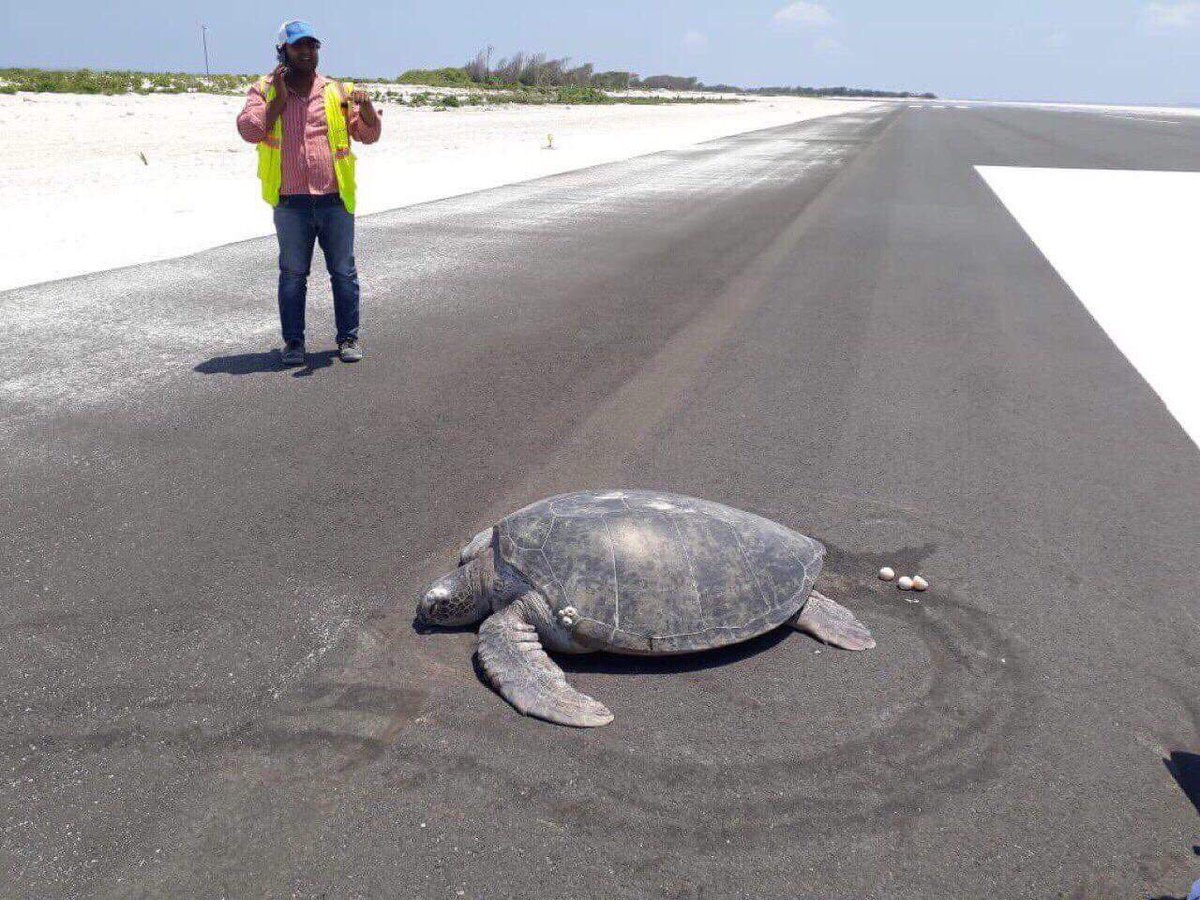 In spite of the austere circumstances, the turtle was returned to the sea by locals. She was last reported to be in good health.

A source from the island’s council, said, “Despite the construction of the runway, the frequency with which turtles visit the island for nesting purposes has not decreased”. 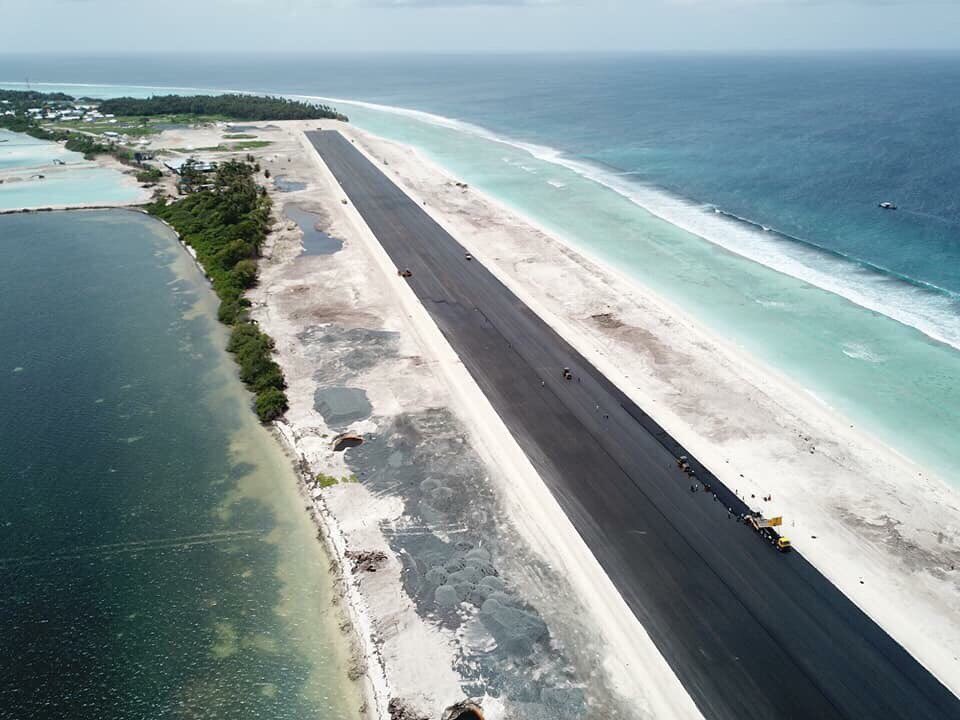 IFLScience reports that the likelihood of a sea turtle reaching maturity is now very rare as only 1 in 1,000 hatchlings survive into adulthood. The majority are picked off by predators and as humans further encroach upon their territory, hatchlings reaching maturity are becoming less likely.

This story clearly highlights the increasing problem of human expansion with little regard for wildlife or the environment. The sea turtle is considered endangered by the IUCN Red List so they may go extinct without aggressive conservation efforts. 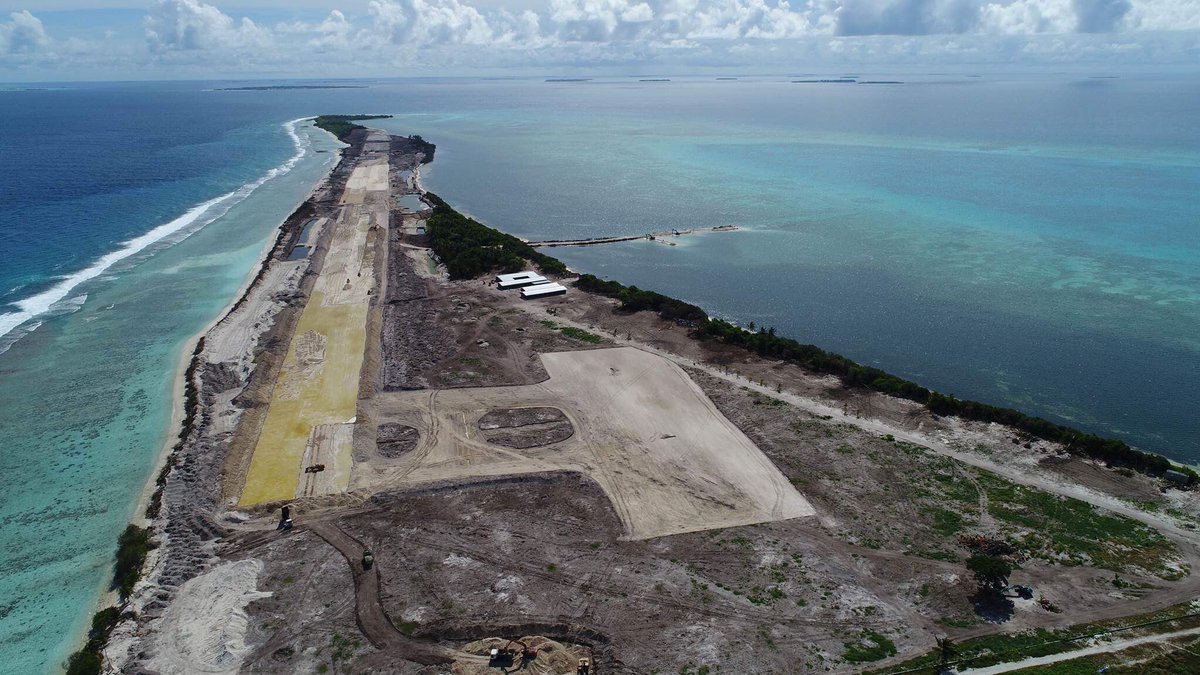 The Maafaru airport located on top of the nesting site is still under construction. Apparently, the runway already takes up 2,200 meters and on completion which is likely by this summer, it will be large enough to accommodate six aircrafts the size of Boeing 737s. There are additional plans for a hotel and resort. As this expansion continues, the island will become less and less hospitable for sea turtles and other wild creature.

Why We Need To Get Back To Venus

Fertility Fraud: Their Mothers Chose Donor Sperm, The Doctors Used Their Own

Global Warming: Statistically How Fast Is It Happening