Anti-vaccination movements are rooted in suspicions of modern medicine and its effects Unsubstantiated rumors are fueled by social media and misguided people opt not to get their children vaccinated resulting in them getting infected with a disease that had been extinct.

Pakistan was one of the last countries where Polio remains endemic and now it is making a disturbing comeback in Pakistan as its being driven by the same anti-vaccination forces spreading measles in the United States. Just two years after health officials officially declared that they were on the verge of eradicating the crippling childhood disease from Pakistan since January no less than 58 children here have tested positive for the virus. This is nearly five times the total of all reported cases last year, and the most in a calendar year since 2014 posing a major setback for the $1-billion-a-year global eradication campaign.

About 2 million Pakistani households have refused immunizations for children since April after reports of children falling ill after a vaccination drive at a school in the northern city of Peshawar was circulated on television channels, Facebook and Twitter. But those adverse reactions were not serious enough to require hospitalization as per health officials. But the report and subsequent rumors revived the long-standing myths about the dangers of vaccinations in Pakistan that the decades-long eradication effort had fought to dispel.

Rivals of the present Pakistani government are also using these vaccinations as a political tool to put pressure on the new prime minister, Imran Khan. 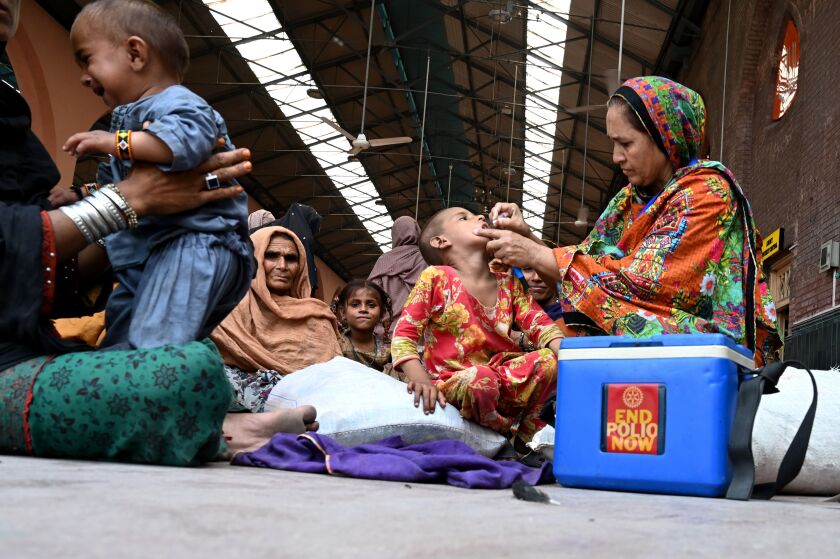 Recently, in the dusty northern district of Bannu, an impoverished area home to more than 1 million people, some traders and small retailers threatened to boycott an imminent round of vaccinations if authorities didn’t withdraw plans for a new sales tax.

Saleem Rehman, president of a shopkeepers association, said, “The new taxation system for retailers is like economic murder of our children. The poliovirus can disable a child and will not kill him, but our children will die of hunger if we surrender to the government’s new taxes.”

Rehman is wrong about the virus which attacks the child’s central nervous system to cause paralysis that can even be life-threatening. Unfortunately, his view echoes in northwest Pakistan, a longtime hotbed of insurgent violence where state institutions have been slow to find a stronghold.

Three-quarters of the recent polio cases have been reported in the Khyber Pakhtunkhwa province and the adjacent tribal belt along the border with Afghanistan which is the world’s last major corridor of polio transmission. Afghanistan has reported 13 cases this year and is the only other country in the world where polio continues to infect children.

Health officials in Pakistan are baffled by the idea that parents would risk exposing their children to the infectious virus in order to make a political statement.

A frustrated Aziz Memon, national chairman of the PolioPlus program in Pakistan led by the charity Rotary International, said, “It’s a joke. But these are just blackmailing tactics. The government is taking care of this in a serious way.”

The resurgence of polio has embarrassed Imran Khan, who had pledged to make polio eradication a “topmost priority” and started a new communication strategy funded by  $10 million from international donors to combat such misinformation.

Memon explained that the government has substituted anti-polio officials in poor-performing districts and intensified efforts to win over tribal and religious leaders, many of whom had denounced vaccinations as a Western conspiracy to sterilize Muslims. At the request of Pakistani officials, Facebook claims it has removed 36 posts for spreading vaccine misinformation “that had the potential to incite violence against health workers on the ground.”

In the next round of vaccinations scheduled in November, officials have stated that they would distribute food rations in poor areas to rebuild public support.

As there is no cure for polio, the virus can be eradicated through regular doses of an oral vaccine. The global effort led by UNICEF, foreign donors, and international charities, has made huge strides since 2014 after nine countries recorded new infections.

In Pakistan, the door-to-door drive to inoculate all children younger than 5 have been hindered by insecurity and lack of government authority in certain areas. Just this year saw five polio workers getting killed. Experts compare this struggle to that of Nigeria where the virus was almost eliminated until an outbreak in 2016 overrun by the Boko Haram militant group. Fortunately, Nigeria has not recorded any new polio case in the last three years and is back on track to be certified polio-free in 2020.

Jay Wenger, director of polio eradication at the Bill & Melinda Gates Foundation, said, “All polio programs, when they get to the end, have to guard against complacency. In Pakistan, the program has been successful enough that it’s almost eliminated the virus. If you look at all the issues people face, polio is not the biggest one. In a place where there are lots of issues and needs that are important, it’s easy to lose focus occasionally.”

Shah Wazir, President of the Bannu Chamber of Commerce and Industry, is a founding member of the polio eradication campaign in the city who personally visited houses to promote the vaccinations in spite of the opposition of Taliban militants who wandered the area. But last month, he declared that his organization would boycott the next vaccination campaign because earlier demonstrations against Khan’s fiscal policies and austerity drive haven’t worked. 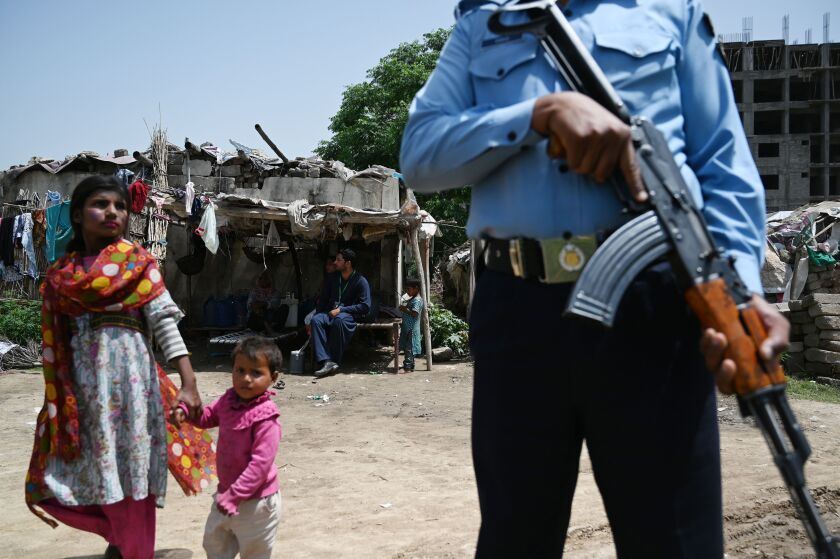 Shah Wazir, 60, said in an interview, “This was the only way to register protest against the government’s economic policies and seek the attention of the international community”.

Further, other groups in the tribal area have also attempted to leverage their support for polio vaccinations on political demands. One tribe in South Waziristan demanded that the government should build roads to connect villages to schools while another tribe in North Waziristan wanted compensation for houses damaged in Pakistani military operations against militants.

Officials have declared that they wouldn’t negotiate with such groups or direct vaccinations by force, relying on the information campaign and anti-poverty efforts as an alternative.

Memon said, “We hope that with these changes, things move in the right direction. We are heading into the low transmission season in November and December. If we are able to do a few good rounds of vaccinations, we will be able to halt the virus.”

New Study: Aliens May Have Already Explored the Galaxy and Visited Earth

Impact: What The Amazon Fires Mean For Wild Animals