A cure for chronic diseases like Alzheimer’s, heart failures and other neurodegenerative diseases may well be on the cards as researchers develop the world’s first artificial neurons using silicon chips that emulate their natural counterparts’ behavior.

These neurons, which can replicate the functions of the biological neurons, can run with one billionth the power of a microprocessor, making them ideal for medical implants and other bio-electronic devices; the research team led by the University of Bath and their collaboration with Universities of Bristol, Zurich and Auckland have described their study which was published in Nature Communications.

This study has been a culmination of research in this field going on for decades, has resulted in these artificial neurons which can respond to electrical signals from the nervous system, much like natural neurons, providing a scope for curing conditions where biological neurons misfire because of injuries in the head or spinal cord.

These artificial neurons could replace the damaged bio-circuitry and restore normal functioning like in the case of heart failures, where the neurons in the basal part of the brain do not respond to the electrical signals and consequently don’t send the proper signals to the heart to carry out its functions.

Biological complexity and hard to predict neuronal responses notwithstanding, the researchers were able to develop these artificial neurons.

The research entails deriving equations that would predict how neurons respond to the electrical stimuli from other neurons. As the responses are non-linear, it gets incredibly complicated to devise such a contraption.

They designed these silicon chips to emulate and exploit the same biological ion channels that the biological neurons use and found that they responded to the electrical stimuli just as their natural counterparts. In this way, they were able to redesign the bio-circuitry of the neurons in the Hippocampus of the rat brain.

Professor Alain Nogaret, from the University of Bath physics department, who’s the lead researcher in the project, has expressed the significance of their research as they were able to replicate the electrical properties of biological neurons to a high level of accuracy. 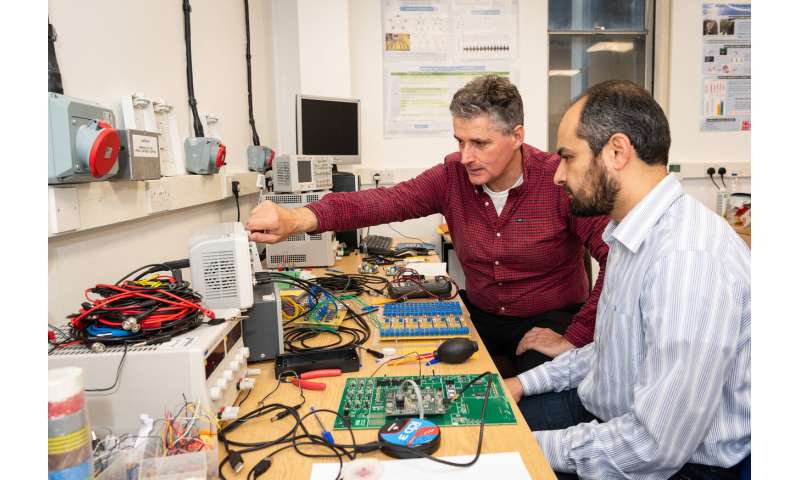 These silicon chips can be ideal for bio-electronic implants which can cure chronic neurodegenerative diseases including Amyotrophic Lateral Sclerosis, which the late Stephen Hawking was diagnosed with.

As these chips require less than a billionth of the power of a microprocessor, there have been attempts to incorporate this in other devices operating at the interface between biology and electronics.

These artificial neurons can be used to devise future pacemakers which can respond real time to the varying demands placed on the heart.

The research noted that they were able to find out the various factors that control neuronal behavior and they were able to model these chips accordingly to ensure it can mimic all the biological functions, including those of mammalian brains.

Professor Giacomo Indiveri, a co-author on the study, from the University of Zurich and EFT Zurich, has quipped that using this research, they can devise other neuromorphic chips, made possible by understanding the analog circuitry of the brain.

Another co-author, Professor Julian Paton, a physiologist at the University of Auckland and the University of Bristol has exalted the discovery of theirs by saying this replication of biological neurons by artificial ones can open up new possibilities for treating a range of diseases and disabilities.