National Geographic has announced that the much eagerly awaited science and space series ‘Cosmos’ will premiere in its network March 9th, 2020 with Neil DeGrasse Tyson reprising the role of the presenter, a series which has already seen huge success with its earlier versions.

The series has already won the Emmy and the Peabody award for its cogent and thought provoking narrative and aims at making science more accessible to the public.

Dr. Tyson who is an astrophysicist and the director of the Hayden Planetarium with the American Museum of Natural History in New York is joined in this epic adventure by executive producer Ann Druyan (creative director of NASA’s Voyager interstellar message project, wife of Carl Sagan who first hosted the Cosmos series), who will also be the creative head and the director of the project, Seth MacFarlane (creator of the series ‘The Orville’ and ‘Family Guy’), Brannon Braga (writer and director of Star Trek: Deep Space Nine) and Jason Clark (of “The Orville” fame). 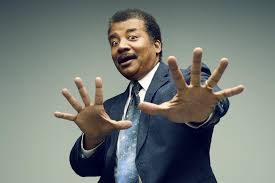 After airing first on NatGeo, Fox will run the series again in summer 2020.

Druyan quipped that this third season of ‘Cosmos: Possible Worlds’ is the most daring and boldest venture yet since Carl Sagan amassed a huge fan following with his original ‘Cosmos’ series and the book with the same name.

This time ‘the ship of imagination’ will take the viewers on a wild ride and take us places boldly where no man has gone before. Lost worlds, possible habitable worlds, humanity’s future and even into places where we think physics breaks down, all interspersed with high quality visual effects that can give a vicarious feeling to the viewers that they are actually traveling with the ship of imagination to these exotic places.

Druyan is also planning to release a book with the same title coinciding with the release of the series, which would be a follow up to Sagan’s own book that released at the time when the original ‘Cosmos’ aired.

Research Suggests There Are Planets With More Life Than Earth