Remnants of a volcano that was the cause of a monstrous tsunami in Indonesia last year has been discovered by scientists when they mapped the ocean floor using SONAR.

They were able to image huge blocks of rocks that slid into the ocean floor when one side of the island, Anak Krakatau collapsed and caved in, generating tall waves that hit the shores of Java and Sumatra in Dec last year as a tsunami.

This tsunami resulted in the death of 400 people and many more being evacuated.

Professor Dave Tappin and his colleagues, trying to decipher the cause of the tsunami, figured out that rather than looking for clues above the ocean, they have to study the rocks that collapsed into the ocean bed, to get a better grasp of the event and brought in a multibeam echosounder to map the sea floor.

Satellite imagery by the British Geological Survey found that their bathymetry imaging revealed triangular blocks of rocks that formed the southwestern part of the Anak Krakatau, which later collapsed.

The survey also revealed the extent of the debris field to be 2,000 km from the volcano.

The underwater imaging has allowed Professor Tappin to revise their estimate for the volume of rock that slid into the ocean floor and pegged it as 0.19 cubic km, lower than the previous estimate based on above water measurements.

Their simulations using the larger value for the amount of rock that slid in perfectly matched with how the tsunami was triggered and propagated across the Sundra Strait and the extent of the damage observed however they now have to rerun the computer models, with a smaller input for the volume of rock that caved in.

The team also discovered that the angle of slope along which the rocks slid apropos of the ocean floor was shallower than they previously assumed.

Tsunami expert, Professor Stephan Grilli reported that even with the revised volume of rock that caved in, simulations show similar results as the collapsing material is maintained close to the surface which could trigger tsunami waves easily than a more steeper gradient which would bring the sediment down deeper and faster.

Tappin and Grilli presented their findings for the first time in San Francisco at the American Geophysical Union’s annual fall meeting.

Assessing the damage done on nearby shores, they were able to extrapolate how high the waves must have been and how far inland they must have reached to uproot trees 80 m tall. 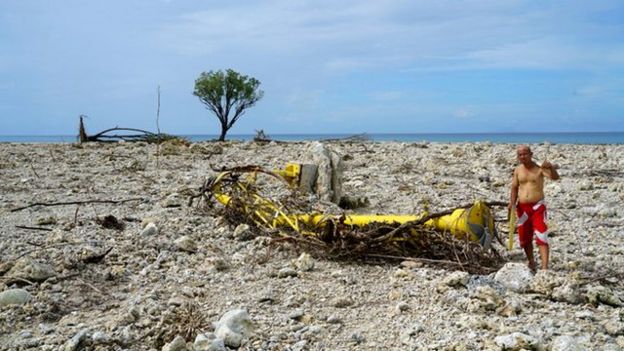 They were able to conclude that the waves propagated in the same direction of the collapse resulting in 10 m waves in nearby islands, like Panaitan Island, 50 km from the location of the volcano.

Professor Fritz also noted that had the direction of the waves been different, the outcome of the tsunami would have been much worse as the waves would enter regions having high density of human population.

Possible locations around volcanoes that are vulnerable to these flank collapses are being studied in an effort to understand them more so we could have more predictive powers. 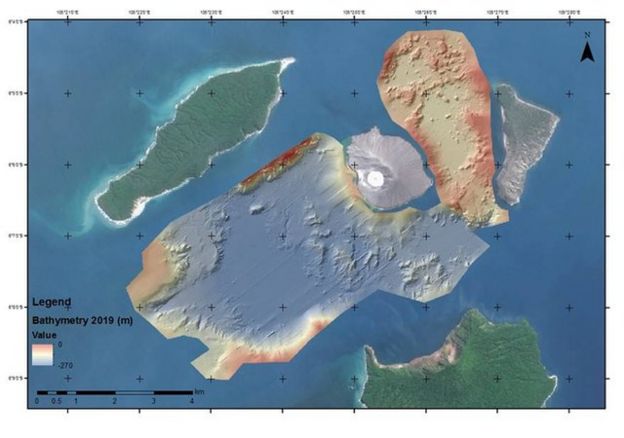 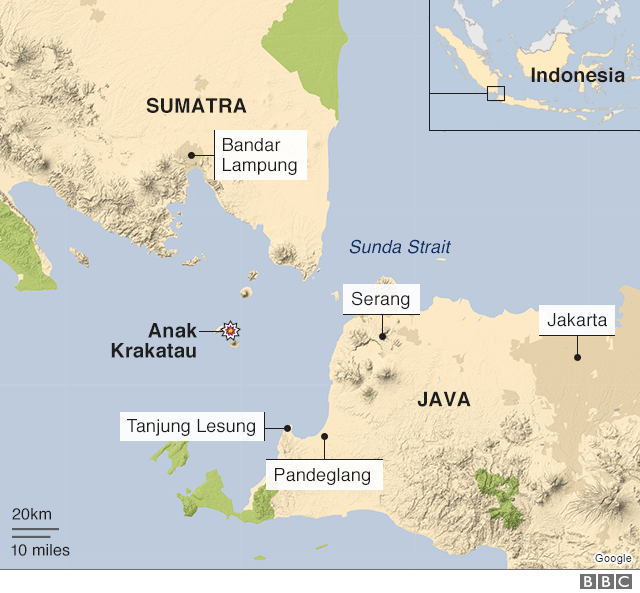