A team of physicists at Purdue University has built the most sensitive torque measuring device ever. In their paper published in the journal Nature Nanotechnology, the team describes their new device and outline how it might be used.

Torque is a twisting force that often leads to a rotation. Devices built to measure torque in a system take many forms and come in many sizes. In recent years, scientists have been working on ways to downsize torque sensors to measure very small amounts of torque.

Tiny devices that use nanofabrication and cryogenic cooling have been developed to study such things as the Casimir effect and small-scale magnetism. Before this new effort, the most sensitive torque sensor had achieved a sensitivity of 2.9 × 10−24 N m Hz−1/2 at millikelvin temperatures. The team at Purdue set themselves the goal of breaking that record.

The new device consisted of a silica nanoparticle suspended inside of a vacuum chamber by a 500-mW, 1,550-nm laser beam. The team applied torque to the nanoparticle by firing a pulsating, circularly polarized 1,020-nm laser beam at it for 100 seconds at a time.

The researchers used a quarter waveplate to control polarization. The rotating waves in the electromagnet beam imparted a twisting action on the nanoparticle, making it spin at 300 billion rpm—the fastest human-made rotor ever built. The team was able to measure the amount of torque in the device by measuring how much the particle’s spin speed changed during the on and off cycles using an optical sensor. The researchers point out that their system, unlike others being developed, did not require intricate nanofabrication. 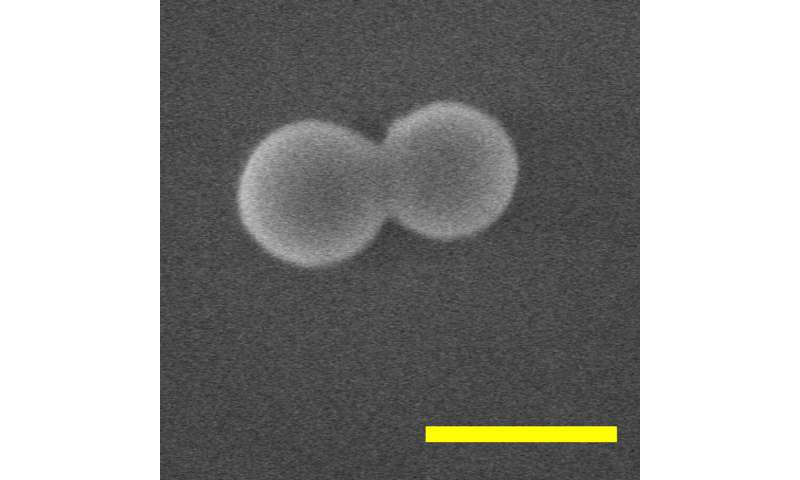 Using the device, the researchers were able to measure torque to a quadrillionth of a newton-meter—making it approximately 700 times as sensitive as the previous record holder. They claim that their device will be the first to measure vacuum friction—in which quantum mechanics suggests an object spinning in a vacuum experience drag due to electromagnetic fields that constantly appear and disappear. The team also claims that the device could be used for nanoscale magnetism research and for studying the quantum geometric phase.

“It’s always exciting to set a world’s record,” said Tongcang Li, assistant professor of physics and astronomy, and assistant professor of electrical and computer engineering. In 2018, Li and his colleagues had set the previous world record for the fastest-spinning object with a similar device that was one-fifth as fast.

Tongcang also added that this nano-torque detector would be used to measure and investigate quantum effects such as vacuum friction.

Air Pollution Particles Found On Foetal Side Of Placentas