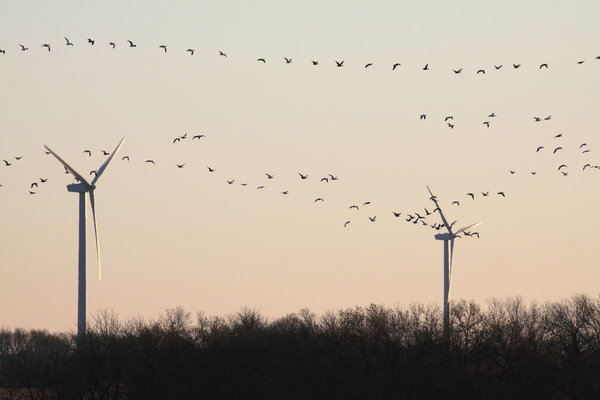 President Donald Trump’s administration is making drastic changes to how the Endangered Species Act is applied, and the revisions weaken protections for threatened species. Since 1918, the Migratory Bird Treaty Act has helped restore the populations of birds like the great egret and covers more than 1,000 species.

The Trump regime will move on Jan 30th to weaken a century-old law protecting migratory birds by dropping the threat of punishment to oil and gas companies, construction crews and other organisations that kill birds “incidentally” in the course of their operations.

The change, part of a series of actions by the Trump administration that have rolled back environmental protections, will have the effect of further endangering bird populations in the United States, which have plummeted by 29 percent since 1970, a study published by the journal Science in September found.

A proposed regulation would codify a legal opinion in 2017 that declared the ‘incidental’ killing of birds during business as no longer subject to punishment.

The memo from the Office of the Solicitor of the US Department of Interior made a change to the Migratory Bird Treaty Act (MBTA) of 1918, allowing for the incidental taking or killing of migratory birds, as long as that was not the intent of the action. That enables companies to move eggs, nest or birds themselves, as long as there is another reason for doing it, such as construction or day-to-day business and not the intentional taking or killing of birds.

That interpretation has already had significant consequences for thousands of migratory birds. This is because the Trump administration has discouraged local governments and businesses from taking simple precautionary measures to protect birds, and federal wildlife officials have all but stopped investigating most bird deaths.

Nevertheless, with the outcome of November’s presidential election uncertain, the Trump administration is moving quickly to finalise dozens of regulatory rollbacks and other actions to weaken environmental protections viewed as burdensome by industry.

Under the new interpretation, the Migratory Bird Treaty Act forbids only intentional killing without a permit. The administration will no longer apply the act to industries that inadvertently kill a lot of birds through oil drilling, wind power, and communications towers. Critics fear that these industries might now end the bird-friendly practises that save large numbers of birds.

In recent weeks, the administration has scrapped a clean water regulation aimed at protecting streams and wetlands and blocked an effort to require Americans to use energy-efficient light bulbs. Within the next month, the administration plans to weaken vehicle emissions standards and a rule restricting mercury, a toxic chemical emitted from coal-burning power plants. Completing the rule curtailing the Migratory Bird Treaty Act before the November presidential election will be difficult, but the agency has indicated it will push aggressively to do so.

But six conservation groups and eight states have already sued to block the underlying legal opinion. Last week, a group of former Interior Department officials from both Republican and Democratic administrations filed an amicus brief in support of the lawsuit.