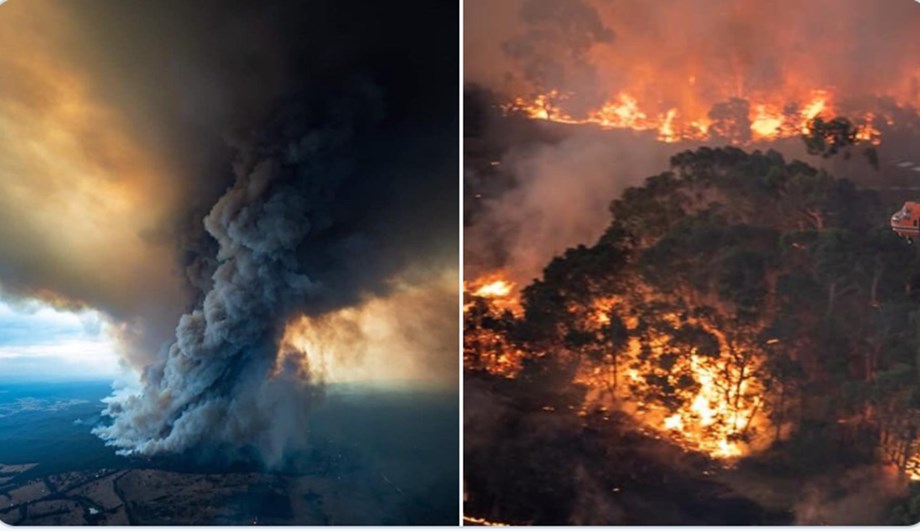 Australian animals that were living in specific habitats, such as mountain lizards, leaf-tailed geckos and pear-shaped frogs, are battling the threat of extinction after fierce bushfires razed large areas of their homes, a new Reuters analysis shows.

Since September, at least 27 million acres of Australia have burned in one of the country’s worst fire seasons on record. That’s an area larger than Portugal, and more than 14 times the area that burned in California in 2018, the state’s most destructive year for wildfires.

“The Mount Surprise Litter-skink is one of many species that have very limited distribution. That can mean there’s a huge risk of extinction,” said conservation biologist David Lindenmayer. “When species distributions are so limited, there’s a high risk that just a single event could knock them down,” added Lindenmayer, an academic at Australian National University.

The fires have now killed at least 29 people and destroyed some 2,500 homes. The destruction of the country’s land and biodiversity is harder to fathom. An estimated 1.25 billion animals have been lost, and scientists fear long-term damage to many sensitive ecosystems.

Authorities estimate the fires have ravaged more than 80 percent of the unique ecosystems of at least 49 animal and plant species already listed as ‘threatened’. Reuter’s analysis shows species at risk also include Kate’s leaf-tailed gecko and the tiny Pugh’s frog after fires ravaged more than half of their home areas.

Even species with much larger habitat ranges, such as the rarely-seen eastern ground parrot, face challenges as the ground-dwelling bird lives in coastal and sub-coastal shrubland that is prone to catching fire, environmental officials say.

Even many animals that survive the fires, such as the long-footed potoroo, a rat-kangaroo that lives in southeastern forests, will face threats, said Brendan Wintle, a specialist in conservation ecology at the University of Melbourne.

“They are now also very threatened because of wild foxes, cats and wild dogs,” he said. “These predators are very good at targeting areas that have been burnt or near burnt, and they know the animals have left their shelter.”

About 30 percent of koala habitat, comprised of eucalypt woodlands, which the animals use both for food and shelter, may have been lost in the state of New South Wales, said Sally Box, the commissioner for threatened species.

The severity of the widespread fires is a symptom of global warming, and the blazes may even contribute to it — at least in the short term. Australia’s bushfires have released 400 megatons of carbon dioxide into the atmosphere, according to the European Union’s Copernicus Atmosphere Monitoring Service. Burning huge swaths of forest introduce carbon stored in biomass back into the atmosphere, and that carbon will stay there essentially as long as it takes the forest to regrow.

Hurricane Dorian Batters Bahamas, And Warnings For The US Are Dire