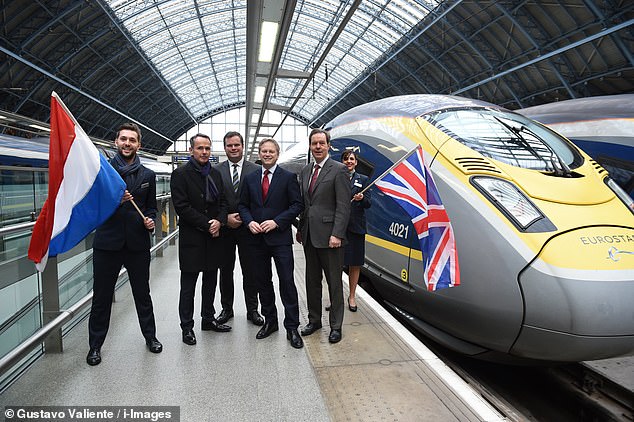 Eurostar will begin direct commercial services from Amsterdam to London in April, the cross-Channel rail operator has announced.

The route was launched in April 2018, but passengers traveling to the UK have been forced to change trains in Brussels to complete passport checks and security screening. This was a “temporary measure” while the UK and Dutch governments completed an agreement which was due to be in place by the end of 2019, but progressed slower than expected.

The new commercial route from Amsterdam Central to London St Pancras will begin on April 30, and will not only save travelers the hassle of swapping trains, but it’ll also cut the journey time down by around an hour.

The journey time is scheduled to take 4hr and 9m, and initially, two trains will run most days: one in the morning, departing at 7.48 am and arriving at 10.57 am, and one in the evening, departing at 6.48 pm and arriving at 9.57 pm. Both trains will run Monday to Friday, while on Saturdays only the morning service will run and on Sundays, only the evening service will operate.

Although a few test and preview trains have made the journey, it will not officially launch to paying customers until 30 April 2020. Tickets for the direct route are available to book from 11 February, costing from £35 one way. The same service from Rotterdam will be offered on 18 May.

Speaking ahead of the arrival of a direct preview train from Amsterdam to London St Pancras today, Eurostar chief executive Mike Cooper said: ‘Our services from the UK to the Netherlands have proved very popular, with over half a million travelers since launch.

‘Our fully direct service marks an exciting advance for high-speed rail and provides consumers with a comfortable, environmentally friendly alternative to the airlines on one of Europe’s busiest leisure and business routes.’ The direct train will offer a competitive alternative to air travel, Cooper added.

“It’s a huge market, 4.3 million air market at the moment,” he said. “What’s interesting is that there’s a precise parallel to when we started Paris back in 1994, it was the same size air market, and look what’s developed since. So far, over 500,000 travelers have taken the direct journey from the UK to the Netherlands since it launched.

The Eurostar offers a more sustainable way to travel to Europe, with a journey between London and Amsterdam, resulting in 80 percent less carbon per passenger than the equivalent flight, according to the company.

Grant Shapps, Secretary of State for Transport in the UK, said: “We’re continuing to invest in modern, efficient transport links within the continent so our businesses and tourism industry can flourish. The days of passengers being forced to decamp from the train at Brussels to file through passport control will soon be over, as we look forward to direct-return, high-speed services to Amsterdam and beyond.”

Five of The Most Common Climate Change Misconceptions, Debunked

Too Much Toothache Medication Turned A Woman’s Blood Blue

Researchers Discover Ancient Viruses in a Glacier Never Seen Before