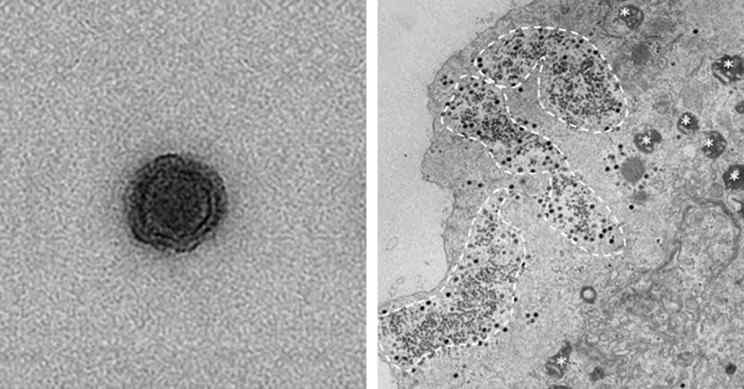 Viruses are some of the most mysterious organisms on Earth. They’re among the world’s tiniest lifeforms, and because none can survive and reproduce without a host, some scientists have questioned whether they should even be considered living things. Now, scientists have discovered one that has no recognizable genes, making it among the strangest of all known viruses.

The virus has been dubbed the Yaravirus, which received its moniker from a mermaid-queen figure from Brazilian mythology named “Yara.” It was discovered inside Lake Pampulha, an artificial lake located within the Brazilian city of Belo Horizonte.

It was noted that 90 percent of the genes comprising the virus was previously unknown, according to a report published this week by bioRxiv.org. Such genes are known as orphan genes as they lack any similarity to other genes.

Only six genes out of the 74 found resemble genes found in public databases, bioRxiv.org reports. The virus might be a distant, much-altered offspring of the Acanthamoeba or a member of that group that took a brand-new evolutionary path.

Jônatas Abrahão, a virologist at the Federal University of Minas Gerais, in Brazil, said the results were indicative of “how much we still need to understand” about viruses.

Two of the senior members of the team that discovered the Yaravirus also helped to discover another water-dwelling viral novelty: Tupanvirus, a giant virus found in extreme aquatic habitats, two years ago. Giant viruses are different from regular viruses because of their huge capsids – the protein shells that encapsulate virions – virus particles.

A giant virus is a virus with very large capsids or protein shells that contain an entire virus. Giant viruses are also able to synthesize proteins and hence repair, replicate, and translate DNA. Earlier virus theory was that they could not do that.

The discovery, Yaravirus, does not appear to be a giant virus, composed as it is of small 80 nm-sized particles. But what’s notable about it is how seemingly unique its genome is.

The research team goes on to say: “Following the current metagenomic protocols for viral detection, Yaravirus would not even be recognized as a viral agent.” There is still a lot to learn about Yaravirus. Is it a cousin of the giant viruses, or the first isolated case of an unknown group of amoebal viruses?

In the past, viruses were mostly seen to depend on their hosts and seen as simple mechanisms. With more research, their complexity and potential are starting to become better understood.

Viral novelty doesn’t surprise Elodie Ghedin of New York University, who looks for viruses in wastewater and respiratory systems. More than 95 percent of the viruses in sewage data have “no matches to reference genomes [in databases],” she says. Like Abrahão, she says, “We seem to be discovering new viruses all the time.”

One scientist unconnected with the study suggested the findings represented “a whole new treasure chest of previously-unseen biochemical processes.”

Saudi Oil Attacks: Why Does The US Store Oil Underground?

Over 90,000 Animals Have been Saved by Steve Irwin’s Family During the Australian Bushfires