The Madagascar pochard is a small, brown, beautiful duck as well as graceful and elegant with a beady eye. It also happens to be the rarest duck in the world.

The Madagascar pochard is one of the country’s less celebrated species, but its plight mirrors that of countless others on the island, the causes often the same: slash and burn agriculture, deforestation, increased sedimentation of rivers and wetlands, pollution, invasive species, and over-exploited natural resources. As habitats disappear and food sources dwindle, species populations become fragmented and vulnerable and their numbers start to decline towards extinction.

But for the pochard, there is light at the end of the tunnel: a long-term collaboration has dragged them back from the brink of extinction, at the same time proving what is possible with the right combination of partnership, patience and local community participation. 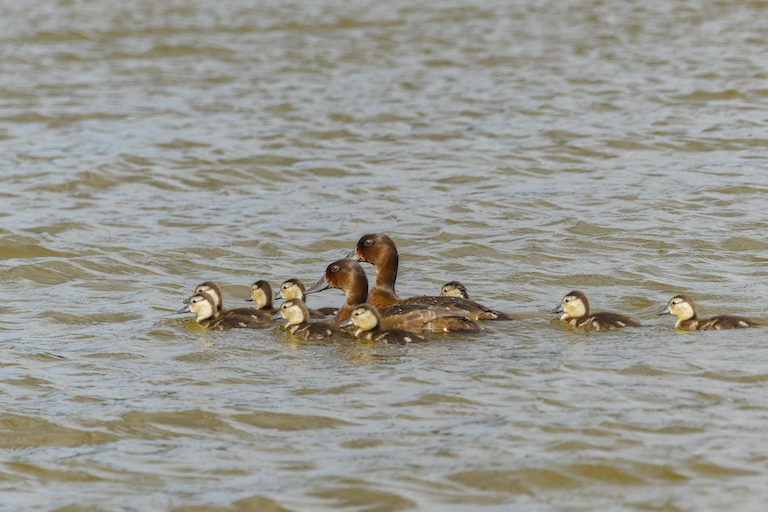 The Madagascar pochard is so rare that for many years it was thought to be extinct, another victim of the ecological devastation that has ravaged vast areas of this island nation. Then in 2006, a team from US NGO the Peregrine Fund rediscovered a small population living on a remote crater lake in the north of the country.

This last remaining population of ducks had been pushed out of their natural habitat and were struggling to survive. Used to finding food in shallower, marshy habitats, the depth and temperature of this crater lake meant that the young could not feed and were unable to survive. At this stage, the future looked bleak for the Madagascar pochard.

The Wildfowl and Wetlands Trust (WWT) and Durrell Wildlife Conservation Trust realized that without urgent action, the Madagascar pochard would very soon go extinct. Taking eggs from this last remaining population, they established a captive breeding program. Twenty-three birds were successfully raised from this first clutch of eggs. Since that initial effort, 114 birds have been bred, more than quadrupling the initial population. The success of the captive breeding program has even attracted some high-powered visitors, among them the President of Madagascar and HRH Princess Royal. 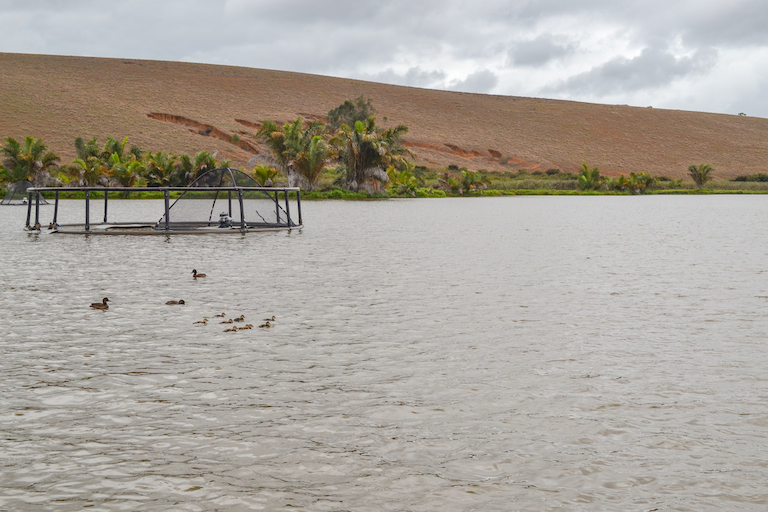 In November, conservationists celebrated the appearance of 12 Madagascar pochard (Aythya innotata) ducklings on Lake Sofia in northern Madagascar. They had introduced a set of young adult pochards there in December 2018 but did not expect them to reproduce so quickly. Diving ducks normally don’t breed until they are two years old.

Despite the recent success, the pochard’s existence as a species remains precarious, with its total population measurable in the dozens. More than a year after reintroduction, just nine of the 21 adult pochards live at Lake Sofia; one died, and the remainder is unaccounted for. (The ducks have identification rings but no radio or satellite tracking tags.) At Bemanevika, meanwhile, there are just over 50 pochards. Durrell and its partners currently have 94 pochards in captivity at two facilities in Antsohihy.

What Lies Beyond the Edge of the Observable Universe?

About 1,400 Pounds of Shark Fins Worth Nearly $1 Million Seized in Florida