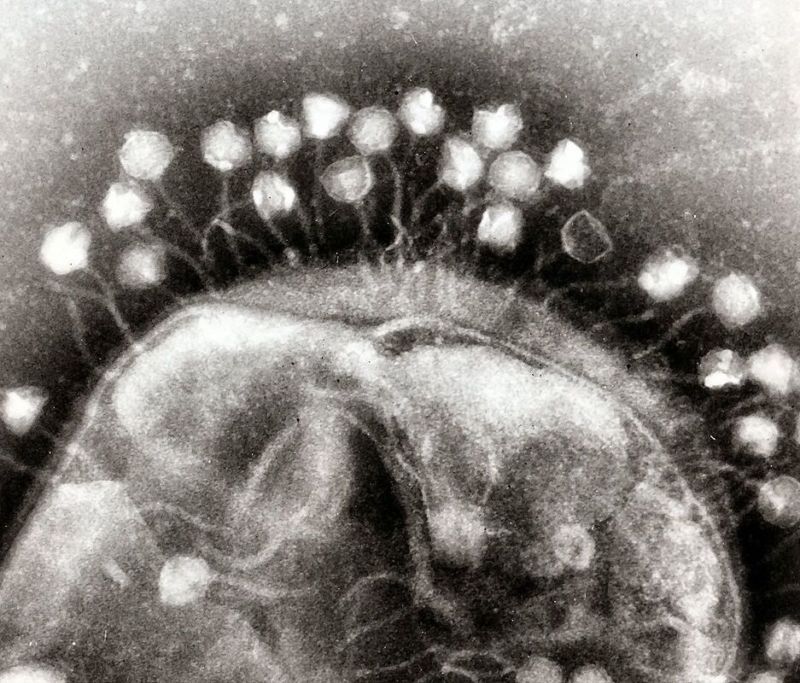 Scientists have discovered hundreds of giant viruses – some with abilities only seen before in cellular life. The recent discovery of really, really big viruses is changing views about the nature of viruses and the history of life.

The international team of researchers, led by scientists from the University of California, Berkeley, has discovered entire new groups of giant phages (viruses that infect bacteria) and pieced together 351 gene sequences.

Within these, they found genes that code for unexpected things, including bits of the cellular machinery that reads and executes DNA instructions to build proteins, also known as translation.

According to microbiologists Basem Al-Shayeb and Jill Banfield from UC Berkeley, the newly discovered giant phages have an unusual number of components of the translation machinery that you do not find on a typical virus.

The common view of viruses, mostly true, is of tiny burglars that sneak into cells, grab the biosynthetic controls, and compel the cell to make huge numbers of progeny that break out of the cell and keep the replication cycle going. Viruses are supposed to be diminutive even compared to cells that are just a micrometer (1,000 nanometers) in diameter. They are supposed to travel light, making do with just a few well-adapted genes.

The translation process takes place in molecular structures known as ribosomes, and the researchers found genes that code for some of their components – ribosomal proteins. “Typically, what separates life from non-life is to have ribosomes and the ability to do translation; that is one of the major defining features that separate viruses and bacteria, non-life and life,” said microbial ecologist Rohan Sachdeva from UC Berkeley.

Most giant viruses have only been discovered and characterized in the past few years. There are several reasons why these striking biological entities remained undetected for so long. Among the most consequential is that the classic tool for isolating virus particles is filtration through filters with pores of 200 nanometers.

With viruses all but defined as replicating particles that occur in the filtrate of this treatment, giant viruses were undetected over generations of virology research. Standard plaquing procedures failed to report the presence of giant viruses because the large particles bogged down in the soft agar of the plaquing medium, disrupting diffusion and the formation of visible plaques.

The team also found sequences for CRISPR systems, which also happens to be the ‘immune system’ bacteria use against viruses, the very same system we humans have co-opted for our gene manipulation purposes. 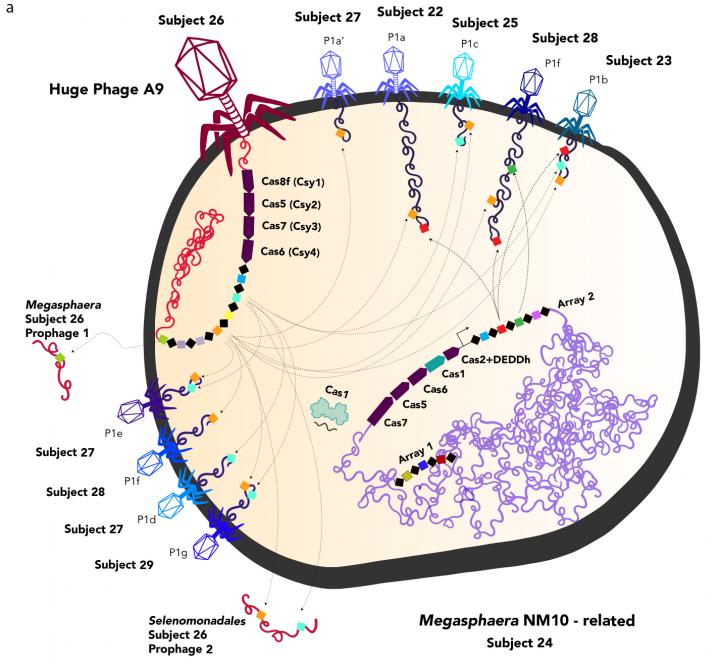 The recently found viruses all have genomes more than 200,000 base pairs long, whereas the average known phage size is more along the lines of 52,000 base pairs.

Some phage genomes identified by the team were true whoppers; the researchers have named one group Whopperphage, and designated the other nine new groups after the word “big” in the different languages of the contributing authors.

The researchers suggest that the interesting CRISPR systems some of these phages possess may have the potential to help us control our microbiomes, by altering the function of bacteria or eliminating the troublesome ones.