Bears depend on sea ice for almost every aspect of their survival: this is where they hunt seals, travel, make dens, and mate. So, earlier in the season, the ice starts to melt, the less time they have to eat and reproduce.

Scientists found that polar bears were thinning and had fewer cubs, and their declining health was linked to the melting of sea ice.

Polar bears are considered a vulnerable species, one level below “endangered.” If climate trends continue, their populations will certainly be depleted even more. Seeing the effect of declining habitat on polar bears could convince environmentalists to take more immediate action. 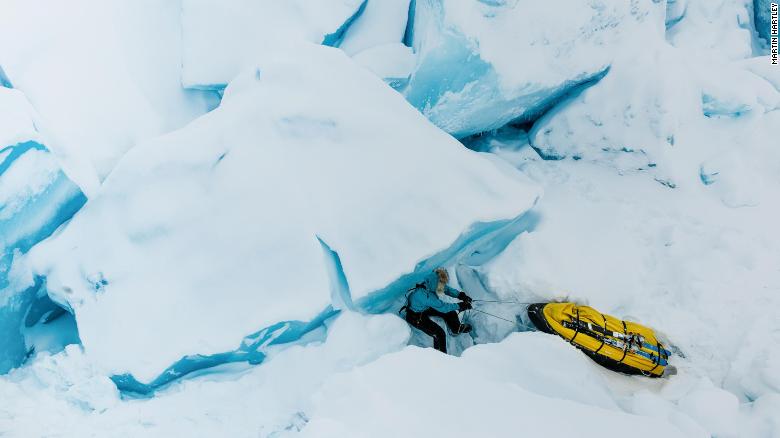 And studying how melting ice affects them could have wider implications for how it will eventually affect other species. “These bears live in a seasonal ice zone, which means that the sea ice dissipates completely in the summer and that it is open water,” she said. “The bears in this area give us a good basis for understanding the implications of the loss of sea ice.”

The Team followed the movements of adult female polar bears in the Baffin Bay, a body of water off the west coast of Greenland, over two periods in the 1990s and 2010s. Between 2009 and 2015, bears spent an average of 30 more days on land than they did during the 1991 to 1997 period. This is because sea ice is melting at a faster rate and earlier in the season now than 23 or 29 years ago.

The Team assessed the bears’ body conditions on a scale of 1 to 3, 1 meaning thin and three, meaning fat (the fat is good and keeps them warm). Of the 352 bears they analyzed, even 50 were not considered fat.

The deterioration in bear health has also had an impact on the size of their litters. Female polar bears had more pups when sea ice was more widely available and when the “spring breakup,” the period when ice melts and breaks and more water becomes available occurred later in the season.

Now that the bears are thinner, they have fewer pups. Litters of two cubs were once the norm for healthy adult female polar bears, but the standard may soon “disappear” if the loss of sea ice continues, Laidre added.

The last count of polar bears in the Baffin Bay was made between 2012 and 2013 – then there were more than 2,800 bears in the region, according to the IUCN Polar Bear Specialist Group. But the group hadn’t registered how many there were before the most recent count, so it’s hard to say whether it’s an increase or a decrease.