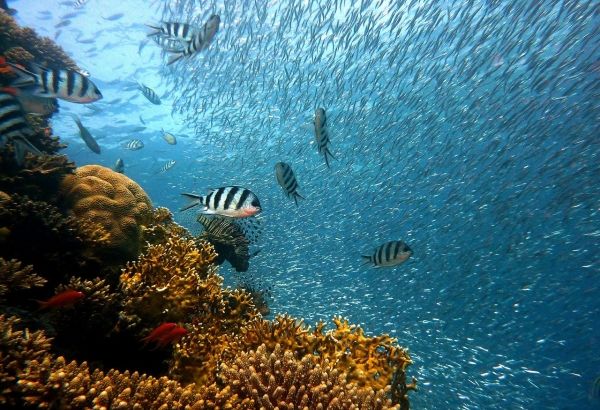 The bleak outlook forecasts that warming oceans and rising seas could have a devastating impact on ocean ecosystems, suggesting that current efforts to restore dying corals will likely encounter difficulties as global warming continues to decimate habitats that could once support healthy reef systems.

“By 2100, it’s looking quite grim,” Renee Setter, a biogeographer at the University of Hawaii at Mānoa, said in a statement. She presented her findings at the annual Ocean Sciences Meeting, which is being held from Feb. 16 to 21 in San Diego.

Setter and her colleagues’ simulated ocean environments in which coral reefs currently exist based on projections of sea surface temperature, ocean acidification, wave energy, pollution, and fishing practices. They found that by 2100, there will likely be few to zero suitable habitats remaining for corals.

The results highlight some of the devastating impacts Earth’s warming climate will have on marine life, according to the researchers. Although pollution poses numerous threats to ocean creatures, the new research suggests corals are most at risk from emission-driven changes in their environment.

This combination of warming seas and ocean acidification is already threatening coral reefs around the world, causing these ecosystems to undergo so-called bleaching events.

“Trying to clean up the beaches is great, and trying to combat pollution is fantastic. We need to continue those efforts,” Setter said. “But at the end of the day, fighting climate change is really what we need to be advocating to protect corals and avoid compounded stressors.”

The few sites that could support reefs by the end of the century include small portions of Baja, California, and the Red Sea, according to the researchers.

Between 2014 and 2017, roughly 75 percent of the world’s tropical coral reefs experienced warm conditions that were severe enough to trigger bleaching events, according to the National Oceanic and Atmospheric Administration. And in 2016 and 2017, about half of the coral in Australia’s Great Barrier Reef died after record heat triggered mass bleaching.

The researchers found most of the parts of the ocean where coral reefs exist today won’t be suitable habitats for corals by 2045, and the situation worsened as the simulation extended to 2100.

The EMC Effect: A mystery in every atom’s core