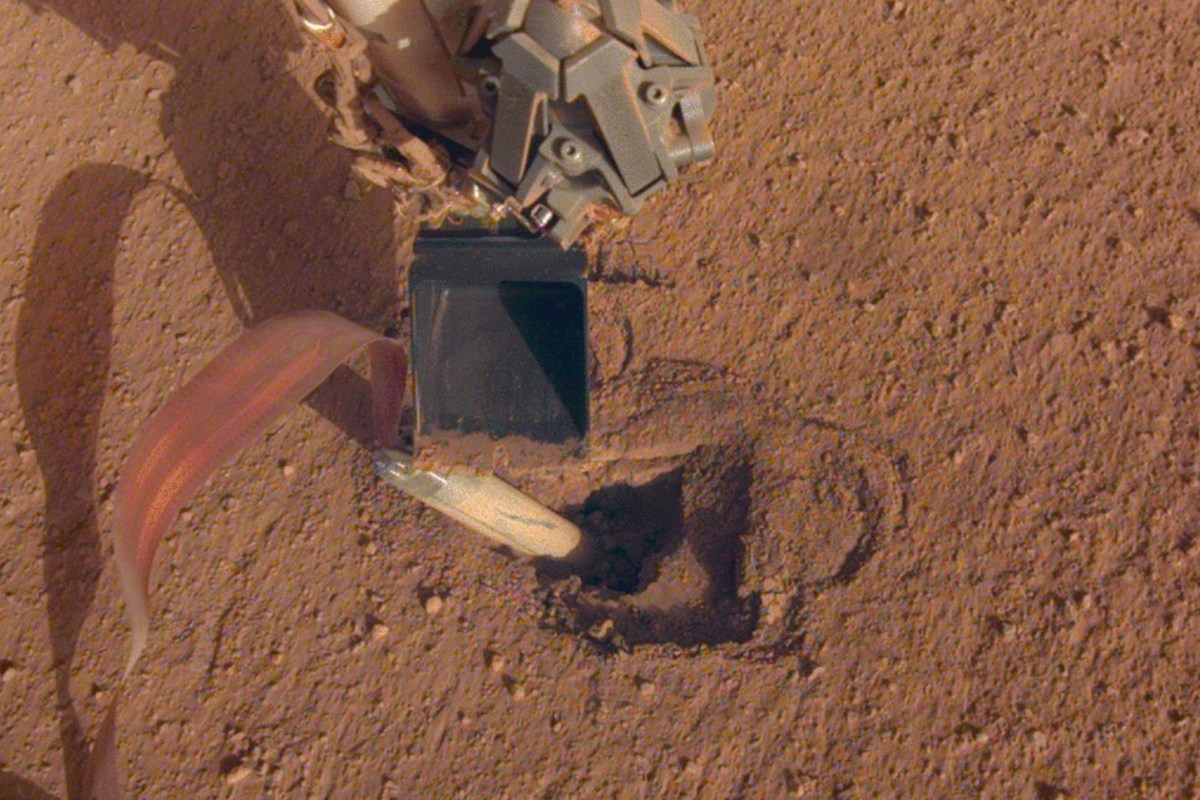 The InSight lander’s mission is to send back data to Earth from mars daily in a bid to prove the red planet is not entirely dead. However, the device hit a snag as it was carrying out its daily routines.

Instead of diving deep into the Martian sand where it could take the planet’s temperature, it’s been stuck half-buried. An intercontinental team of MacGyvers has spent a year devising successively daring plans to get the mole digging again, but still, it flounders on the surface.

To rescue the InSight lander after several attempts to unstick its digging probe, NASA’s scientists asked the device to hit itself with a shovel, and that finally saved the day. The device is tasked with sending back data and operates on the following mechanism Marsquakes rumble on the seismometer. Swirling vortices register on the onboard pressure sensor. And temperature sensors help track the weather and changing of the seasons.

The probe, also called the mole, was supposed to dig into the sand-like terrain of the Red Planet without a hitch, but the extra-clumpiness of Martian soil glued the mole temporarily into place.

The team of scientists had to do many simulations before actually telling it to hit itself with a shovel. In fact, because of the fragility of the project, it took months of preparation. Since it risked damaging fragile power and communication lines that attached nearby, finally, they were able to get it down the hole to pop it free of the clumped soil, and things were back to business as usual.

The primary purpose of the mole is the measurement probe of InSight’s Heat Flow and Physical Properties Package (or HP3), is to track the temperature variations of Mars itself. This heat comes from Mars’s core, which, like Earth’s core, remains warm from the planet’s birth. By measuring it, researchers hope to learn about Mars’s formation—but from the rod-shaped mole’s current position, they can get readings only of the surface temperature. Mission planners hope to ideally reach 15 feet underground to escape the warming and cooling from the Martian seasons that would interfere with reading the planet’s actual temperature.

Images from the red planet show that the probe appears to be working again, and the team of scientists hopes to continue this technique with the shovel over the next few weeks.

A bit of good news from #Mars: our new approach of using the robotic arm to push the mole appears to be working! The teams @NASAJPL/@DLR_en are excited to see the images and plan to continue this approach over the next few weeks. 💪 #SaveTheMole

This comes as good news as now the InSight lander can continue to analyze temperature changes inside Mars and aid scientists in understanding how similar Mars’ core is to that of Earth.

Cigarettes Continue to Cause Harm Even After They’ve Been Extinguished