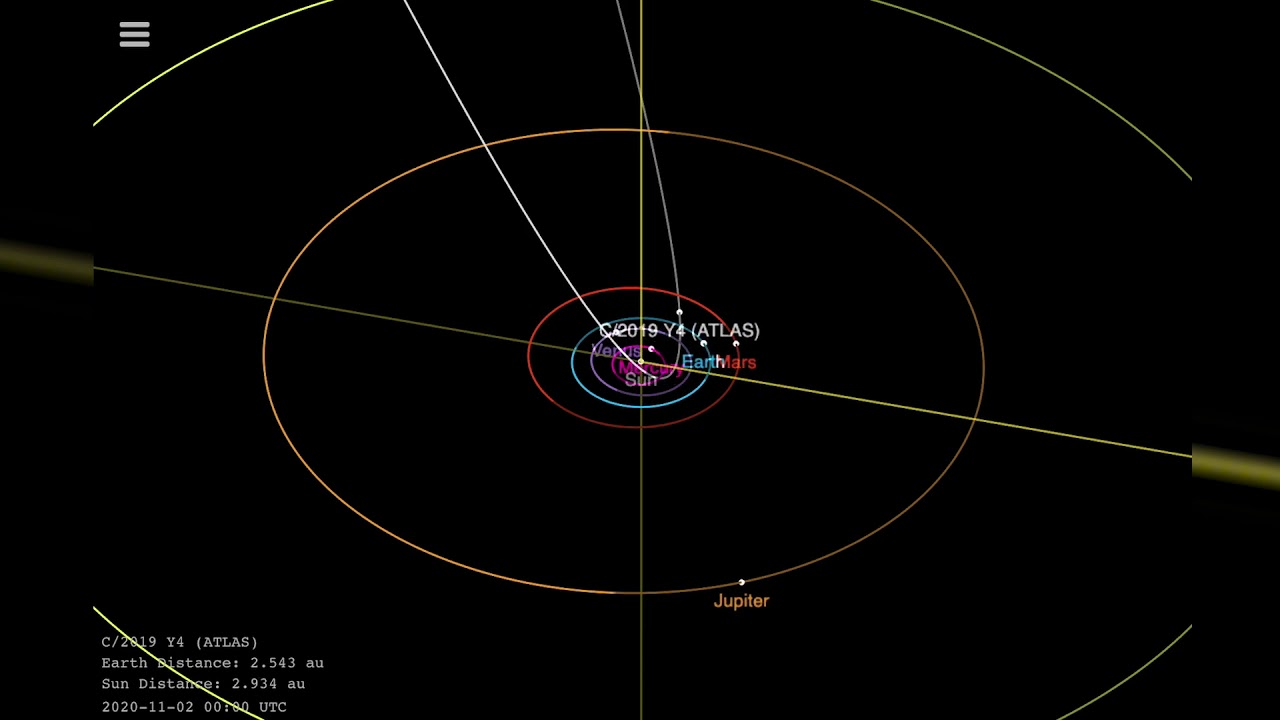 Finally, the long-awaited naked-eye comet to pass by earth has arrived; this has been documented by amateur astronomers who have been waiting for it for years.

The comet named Atlas (C/2019 Y4) was discovered December 28 last year, and it’s on its way towards the earth and could potentially appear as bright as crescent moon unless it breaks up as a result of sun’s heat.

Atlas, which is close to Mars’s orbit at the moment, has been noted to increase its speed as it makes its way towards the sun and will make its closest approach to earth by the end of May. As of March 17, ATLAS was already magnitude +8.5, over 600 times brighter than anticipated.

It was quite faint since its discovery, and it has been brightening at a rapid rate that astronomers have high hopes for the spectacle it could put on. However, given the tricky nature of comets, skywatchers are also being cautious not to get their dreams up, knowing that the comet may fizzle out.

The comet was discovered by the Asteroid Terrestrial-impact Last Alert System (ATLAS) in Hawaii and takes its name from the initials of the system.

By definition, ATLAS is a robotic astronomical survey system based in Hawaii and optimized for detecting smaller near-Earth objects a few weeks to a few days before their closest approach. But on occasion, the survey will also find a comet.

Such a spectacular moment, when observed by the naked eye, is an extraordinary experience one of a kind for the general public as well as for the astronomers. The last bright comet visible without a telescope in the northern hemisphere was Hale-Bopp in 1997.

It’s been a while since a comet gave skywatchers a significant show, especially in the Northern Hemisphere. In March 2013, Comet PanSTARRS was visible right after sunset, albeit low in the western sky. But although it briefly attained the first magnitude with a short, bright tail, its low altitude and a bright, twilight sky detracted from what otherwise would have been a much more prominent object. Comet Lovejoy in 2011 and Comet McNaught in 2007 both evolved into beautiful objects, but unfortunately when at their best, were visible only from the Southern Hemisphere.

Moreover, similarly to the 1844 comet, ATLAS followers a trajectory that would take around 6,000 years per orbit and eventually take it to beyond the outer reaches of the solar system. This will take about 57 billion miles, which is approximately 92 billion km from the sun.

This will be significant progress in the discovery of comets in recent times, especially for the upcoming astronomers since such an observation of a live event will create room for more development and further advance research.

Why nuking hurricanes is a bad idea