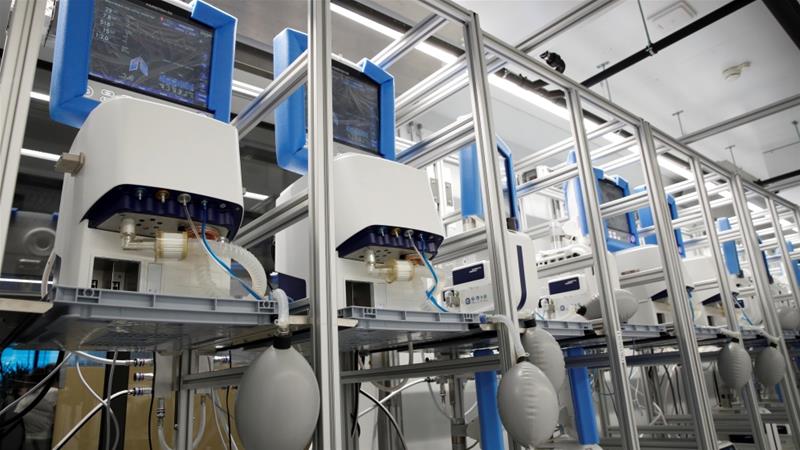 SpaceX founder and Tesla CEO, Billionaire, has offered to manufacture ventilators during the coronavirus pandemic.

The 48-year-old tech pioneer tweeted on Wednesday “we will make ventilators if there is a shortage,” a message that immediately caught the attention of New York City authorities fearing an impending crisis of supplies.

Musk replied on Twitter to another user on Thursday, “we’re working on ventilators, even though I think there will not be a shortage by the time we can make enough to matter.”

Nate Silver, editor in chief of fivethirtyeight.com, quickly responded that there is indeed a shortage and asked Musk how many ventilators he planned to make.

“Tesla makes cars with sophisticated HVAC systems. SpaceX makes spacecraft with life support systems,” Musk replied. “Ventilators are not difficult, but cannot be produced instantly. Which hospitals have these shortages you speak of right now?”

“New York City is buying!” Mayor Bill de Blasio messaged Musk shortly after 9 a.m. Hizzoner stressed that our country is facing a drastic shortage and we need ventilators ASAP. Hizzoner added that they would require thousands in New York City over the next few weeks. The mayor also said “we’re getting them as fast as we can, but we could use your help! We’re reaching out to you directly.

In a Twitter thread on Monday, Musk discussed the possibility of a drug used to treat malaria as an option for COVID-19 patients replying to a user who said he’s a Tesla owner pleaded with the CEO to repurpose factories to make ventilators.

This wouldn’t be the first time that Musk has put company resources toward solving a high-profile international problem. For instance, in 2018, engineers from SpaceX, Tesla and The Boring Co., Musk’s tunnel-building outfit, built a miniature submarine to help rescue a youth soccer team that was trapped in a flooded Thailand cave. Rescuers didn’t use the sub, however; they swam the kids and their coach out with SCUBA gear.

Moreover, Ford said on Wednesday that it stands ready to help the administration in any way they can, including the possibility of producing ventilators and other equipment. They have had preliminary discussions with the U.S. government and are looking into the feasibility.

Tesla, Ford, and General Motors are assessing how feasible it is to take on ventilator production and whether or not it can be done in a timely way.

The new strain of coronavirus, which can develop into a respiratory illness known as COVID-19, was discovered in Wuhan, China, in December. It’s now infected by nearly 235,000 people and caused more than 9,300 deaths globally. The U.S. has more than 10,700 confirmed cases.