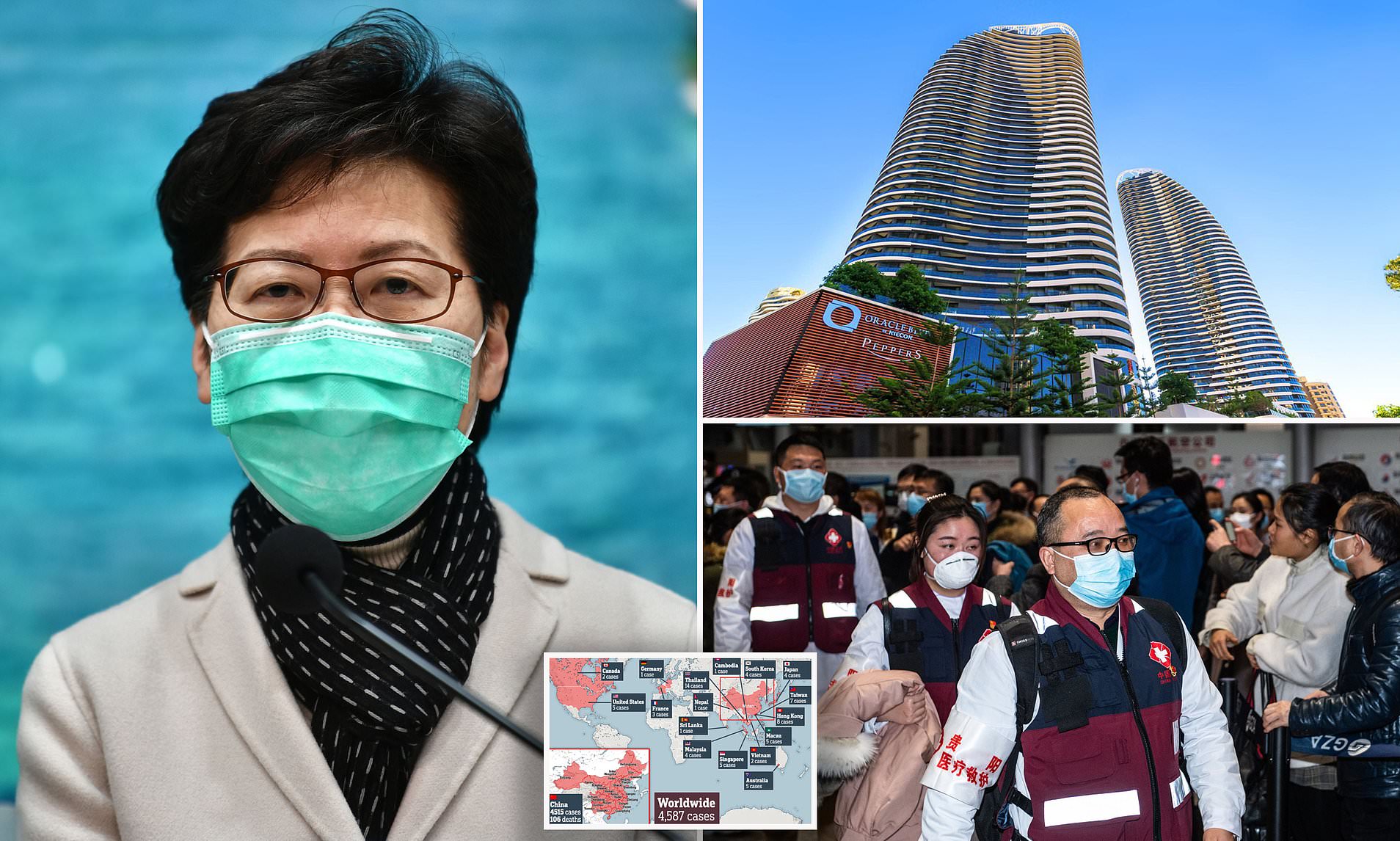 Fears of the Chinese coronavirus spreading worldwide are growing after a man in Japan was diagnosed with it despite not traveling to the country and hazmat-clad workers were seen at a luxury hotel in Australia.

Also, Germany has confirmed its first victim who never visited China recently believed to have been infected by a Chinese colleague who visited his workplace. Auto parts supplier Webasto confirmed it was the company involved and said the man works at its headquarters in Stockdorf, south of Munich. It canceled all travel to and from China for the next two weeks and said employees at Stockdorf are free to work from home this week.

The recent Japanese case was in a bus driver in his 60s who was hospitalized with pneumonia after driving a group of people visiting from Wuhan, proving that the virus is spreading outside of China, rather than being diagnosed only in people who caught it there then left.

Another man in his 40s who lived in Wuhan and arrived in Japan on 20 January was also confirmed to have contracted the virus, the ministry said. The ministry said it was checking on people who had been in contact with the two new patients. The latest infections bring the total number of confirmed Japanese cases to six.

In Australia, paramedics in hazmat suits were today seen at the luxury Peppers Broadbeach hotel on the Gold Coast and raised coronavirus concerns after later revealing they had taken someone to a hospital.

Nations around the world are starting to cut ties with China and pull their citizens out of the crisis-hit Hubei region. Hong Kong’s leader today announced, in a press conference where she wore a face mask, that the city would stop all high-speed trains and ferries to the mainland, cut the number of flights in half and stop giving visas to Chinese people.

Russia has closed its border with the north of the country, and the US, France, Japan, and India are all making plans to airlift their citizens out of Wuhan, the city at the center of the outbreak.

The Wuhan coronavirus is now confirmed to have infected at least 4,500 people around the world and to have killed 106 in China. Germany, Sri Lanka, and Cambodia yesterday became the latest countries to declare cases.

With almost 5,000 cases confirmed already in January, this could mean another 25,000 cases if the infection continues to spread at the same rate. Scientists, however, believe there have already been at least that many cases in China, and some predict up to 40,000.

The prediction comes as other researchers say they are at least two months away from trialing a vaccine against the virus. By that time, hundreds more could have died, and numerous other countries been infected.